Between 2010 and 2016, the number of heroin overdoses in America has increased over 5 times. This opioid epidemic shows no signs of stopping or slowing according to the US Centers for Disease Control and Prevention (CDC). In fact, it appears that more and more Americans are getting hooked on heroin and other prescription opioids. Unfortunately, these drugs are incredibly addictive, which is why America is facing an opioid crisis. It’s also easy to overdose on them. Most overdoses are fatal, although scientists have come up with an opioid-reversing medication that can block the effects of opioids. The administration of this medication, also known as naloxone, is time-sensitive.

This is really a fast-moving epidemic that’s getting worse.

Dr. Anne Schuchat, acting director of the CDC and acting administrator of the Agency for Toxic Substances and Disease Registry

Even those who use heroin just once can get hooked on it. It’s an injection drug derived from poppy plants that are easy to abuse. Dependence is easily built, and continuous use leads to tolerance. With heroin and different types of opioid addictions having such a huge impact on America, it’s time to learn more about this illicit substance and its effects. Understanding more about this drug epidemic will help us figure out how to beat it.

Who Is Most Likely to Abuse Heroin? 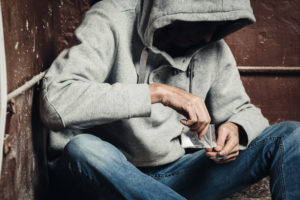 Heroin addiction does not discriminate, which is why the heroin crisis has spread all across America. Anyone can abuse heroin, and there are addicts across all demographics. In 2016, 948,000 Americans reported abusing heroin in the past year. According to the National Institute of Drug Abuse, young adults between the ages of 18 and 25 are most likely to abuse this drug. Many get hooked after abusing prescription opioids, which were given to them for pain management purposes. Both heroin and prescription opioids attach to opioid receptors in the central nervous system (CNS) to give drug abusers the euphoric sensations they chase.

Once their prescription runs out, they have no choice but to turn to illegitimate sources. This often means trying heroin. The good news is that abuse among teenagers between the ages of 12 and 17 have declined. The rates that they overdose on heroin have also declined.

The rate of abuse is highest in major metropolitan areas; however, many rural and suburban areas also have a problem with heroin abuse.

While all races are equally as likely to get addicted to heroin, studies show that the greatest rise in heroin use was among white people. Most of these addicts started off abusing and misusing prescription medications, like oxycodone and hydrocodone. Once they developed dependence to these medications, they couldn’t stop. They switch from prescription opioids to heroin once their prescription ran out.

With that said, some drug addicts may not tick any of these boxes. None of these risk factors may apply to them at all. They were simply exposed to certain environmental or situational triggers. Some people are functioning heroin addicts. This means that they are capable of running errands and maintaining jobs. They also don’t always look like your stereotypical addicts. They may hide their track marks, and continue personal grooming habits.[/su_note]

How Can We Stop This Epidemic?

With heroin addiction rates skyrocketing, everyone needs to do their part to prevent this epidemic from continuing. Although you might not realize it, there are many different ways that you can make a difference. Here are some suggestions.

Teach your kids how to withstand peer pressure. Teach them how to say no to drugs. Lack of parental supervision is a risk factor for drug abuse. Parents should keep an eye on their children. If they notice any signs of teen drug abuse, they should reach out to their children. An intervention may be necessary.

#2: Stop the Prescription of Addictive Opioids

Doctors prescribe a lot of opioid drugs. In 2016, enough prescription pills were prescribed to fill a bottle for every adult in the US. This is more than triple the amount in 2015. With the number of pain medicines prescribed, every American can stay meditated around-the-clock for three weeks.

With that said, the first step to stopping this is to get policymakers to address the situation of overprescription. Some states limit the number of opioids that doctors can prescribe. The federal government even has a strict regulatory schedule. It’s vital that these restrictions continue. Doctors who prescribe opioids unscrupulously should also be at risk of losing their medical license. There should be programs that focus on the management of opioid use. Different levels of government must band together to stop this epidemic from continuing.

#3. Make It Easier to Get Addiction Treatment

One of the biggest problems with the opioid epidemic is that it’s much easier to get high than it is to get help. 80% of drug abusers who are addicted to heroin or prescription painkillers are not getting any treatment at all. They struggle with their addiction alone. One avenue for solving the epidemic upon us is to make sure that it’s as easy to get treatment as it is to get high. Give the public more treatment programs to choose from.

Congress has added some funds to addiction care. However, many experts argue that more funds are needed to deal with this crisis. Many experts claim that addiction recovery will require additional tens of billions in funds to treat. In short, we need the government to go big and find a solution that prevents opioid addiction from spreading.

#4. Address Other Problems that Lead to Addiction

There are many underlying causes of addiction. To treat heroin addiction at its core, scientists must determine what the underlying causes are. They should also develop a protocol for addressing these problems. These problems may include co-occurring disorders involving mental health disorders and more. Studies show that there are many other social, environmental and psychological issues that contribute to drug abuse. This might include past trauma or even economic despair.

There are many complex problems in America. Addressing all of these problems is crucial in putting a stop to addiction. Even if the government focuses on limiting opioid supply, it won’t make a huge difference. This is because people will still be afflicted with the same problems. To deal with these problems, they’ll still turn to drugs, like heroin.

Different countries have taken action in different ways. For example, Iceland’s anti-drug plan involves providing after-school activities to kids and adolescents. This includes music activities to arts and sports. Stopping this growing epidemic will require a social movement. While what works in Iceland may not necessarily work in America, it’s vital that we take a step in the right direction. We need to listen to our experts to see what they recommend, So far, there have been recommendations. Some experts recommend a better mental health care integration with the rest of the healthcare system. On the other hand, other experts recommend creating new job programs to help with the economic crisis. Treating addiction involves rebuilding communities from the ground up.

The unfortunate reality is that we can’t stop people from doing drugs. However, we can make drugs less dangerous. One interesting way to stop the opioid epidemic is to limit the harms that are attached to them. For example, this is the case with prescription heroin.

A certain group of people is going to use drugs either way. Since that’s the case, it’s better to give these people a safe source of drugs. It’s also a good idea to give them a safe place to inject or use drugs. The alternative, after all, is having them get drugs from illegitimate sources. These drugs are often laced with various substances and can lead to a higher risk of opioid overdose, especially if it contains drugs like fentanyl. Fentanyl is extremely potent and can easily lead to overdose deaths. An overdose occurs even with just 2mg of fentanyl. Prescription drugs are pure, and easier to manage and regulate. They’re less likely to cause serious side effects, like brain damage and respiratory depression.

There’s already evidence that backs up this approach. The European prescription heroin program has reduced drug-related crimes. It’s also stabilized housing and employment and offered better health outcomes. A needle exchange program can also be beneficial. This program will allow drug abusers to trade in used syringes for new ones. This reduces the risk of transmitting blood-borne diseases, like hepatitis C and HIV. 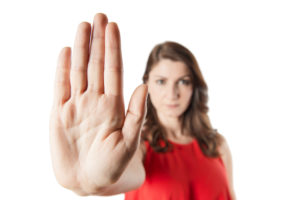 Even if heroin addiction and abuse don’t hit close to home, you should still do your part. Educate your kids and loved ones about the dangers of heroin abuse. This may help prevent the next generation from becoming addicts. There are many other ways that you can also contribute to the community and help recovering addicts stay sober.

If someone you know is addicted to drugs, then you should look at the various intervention programs out there that may help them. Learn more about the various treatment options that are available here, at New England. Give us a call if you have any questions. Our addiction specialists can walk you through the recovery process and give you some recommendations on how to handle a heroin addiction. They can also point you towards helpful resources regarding substance abuse.