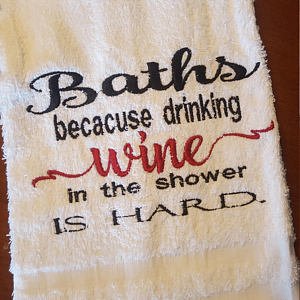 The casual drink has become a popular pastime for many people. They have a nice dinner, they drink a few glasses of wine and the conversation livens up. There are dish towels in storefronts that read, “Wine is the answer, what was the question?” There’s a popular song whose lyrics read, “I can’t stop drinking about you.” What kind of drinking is that? If someone uses alcohol to calm their anxiety, would you call them an alcoholic?

There is a misunderstanding that many people have of what it means to be an alcohol addict. This is due to the drinking culture of this country. Binge drinking has been casualized and self-medicating with drugs and alcohol is glorified in pop culture. What does that mean for us in the drug rehab world? The effects of alcohol on the mental health of someone with addictive tendencies is completely different. There is a huge difference between addiction and abuse. This article will dispel the myth that alcohol abuse and alcohol addiction create the same effects. 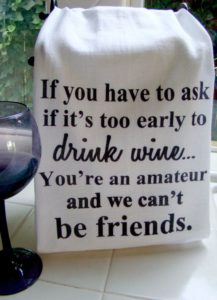 One distinction between alcohol abuse and alcohol addiction is the kind of drinking that takes place. Think about a time you spent with your loved ones where alcohol was involved. Do you notice that you have someone in your life who drinks heavily every time they do decide to have an alcoholic beverage? Or do they drink alcohol every single day? Have you seen them mixing alcohol with other things, suggesting an addictive personality?

While it is common that an alcohol addict will drink alcohol in large doses, a huge characteristic of the addiction is the frequency. Alcohol abuse usually occurs in a place where there’s a lot of alcohol and a person simply takes advantage of their resources. There are people who are heavy drinkers when they’re being social but do not need to drink all the time. Addiction can be seen in those who are heavy drinkers all the time.

An alcoholic is more likely to drink from morning to evening. They more typically have illogical or aggressive thoughts and behaviors at random times. Alcohol abuse can turn into alcoholism, but it’s way more innocent and happens way less often. When alcohol abuse becomes normal, addiction comes into play.

When someone is suffering from alcoholism, it’s common that this mental health issue ran in his or her family. It’s a genetic disease. Someone who drinks alcohol for fun and gets really drunk does not necessarily constitute being an alcoholic. Their body might not be physically dependent. When an alcoholic drinks, it’s because they’re addicted to alcohol and need it. 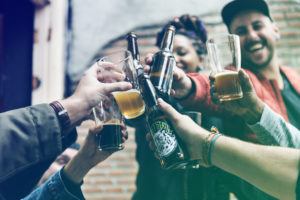 Alcohol abuse is the precursor to this. Alcohol abuse starts as situational. Think of the song we talked about earlier: “I can’t stop drinking about you.” A person could abuse alcohol to avoid thoughts of a past relationship, or a falling out with a friend. Maybe they had a bad day at work. Drinking alcoholic beverages to ease the discomfort of emotion is alcohol abuse. But, if the body becomes attached to this substance abuse, that means it’s happening too often which marks it as an addiction.

It’s very important that you observe yourself or your loved one when drinking alcoholic beverages. Alcohol abuse can easily turn into addiction if the abuse happens more regularly. Think about eating disorders. They start off as gradual changes in diet and turn into life-altering health scares. Mental health is affected and so is physical health. This is true with alcohol as well. Addiction starts small. Mental health issues easily arise when alcohol becomes an addiction because people turn to drinking to solve problems rather than more effective coping skills. 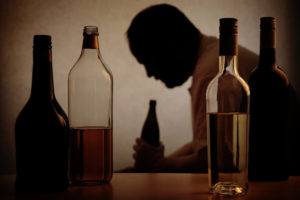 Look for hidden alcohol around the house and pay attention to when the person is drinking. If a person has to hide their alcoholic beverages around the house, they’re more than likely trying to hide how often they drink.  If they make an excuse to drink for all good and bad news, that’s more of an addiction than the choice to abuse. Look for withdrawal symptoms. If a person is addicted to alcohol their body will withdrawal. This could be depression, irritability, exhaustion, irregular sleep patterns and sweating.

The major difference in abuse and addiction is the dependence on alcohol that an addict has. Someone who likes to abuse alcohol could be completely fine without it but just go a little crazy when alcohol is accessible.

Like many aspects of life, the decision to send yourself or a loved one to alcohol rehab is up to the drinker. The effects of alcohol on someone’s life can be irreversible, but if they’re not addicted yet, going to a treatment center might not be necessary. Addiction treatment and abuse treatment are treated pretty much the same if it’s inpatient rehab. There is a medical aspect that suits each person individually, then behavioral therapy and group therapy. Alcoholics anonymous works well for both addiction and abuse because it’s simply a safe space to talk about drinking alcohol.

As far as other kinds of treatment, abuse treatment could be more relaxed than addiction treatment. Alcohol detox might not be necessary for someone who is just starting to get into alcohol abuse. They might need more of a behavioral therapy approach. Or, they could live in a halfway house where sober living is encouraged and practiced. That way, there’s no room for their alcohol addiction to form.

Finding the treatment that works for an early addiction might take time because each treatment center works differently. You want to focus on what it will take to have someone stop drinking heavily, but they might not need to cut out alcohol altogether. If they do, it could be overwhelming to go through the full treatment process and even cause adverse effects.

The short answer is that alcohol abuse does not always require alcohol rehab. Ask yourself or your loved one how often they’ve consumed alcohol in the past month. Next, ask why. If the drinking has turned into self-medication, you should look into treatment options. But, someone who just drinks a bit too much when the party is not necessarily addicted to alcohol. A quick intervention of their behavior could help them to avoid substance abuse and mental health issues.