“How Long Does Alcohol Stay in My System?”

If you’re an alcoholic or even a casual drinker, that question has probably crossed your mind. You’ve probably wondered whether there’s still alcohol in the body after a night out or after heavy drinking. Here’s all that you need to know about how long alcohol stays in the body.

How Long Does It Take Your Body to Metabolize Alcohol? 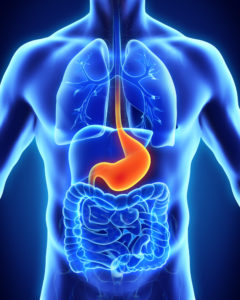 Your liver works as quickly as possible to get rid of alcohol. With that said, the liver works at an approximate rate of 0.25 to 0.5 ounces each hour. Most standard alcoholic beverages will have anywhere from 0.50 to 1.00 ounce of alcohol in it. Do the math, and you’ll figure out that it takes about 1 to 2 hours for your body to metabolize a standard drink. If you take a shot, your body will take about an hour or two to fully clear the alcohol from the body. The more you drink, the longer it will take your body to clear all the alcohol.

So, how long does it take the body to clear other drinks, like beer? A standard beer will usually contain about 12 ounces of liquid, with an alcohol content of 5%. This works out to about 0.60 ounces of liquor. According to the math, it should take your body about an hour to 2.5 hours to fully metabolize a can of beer. Knowing this, you should wait until the can of beer you’ve drunk has fully metabolized before getting behind the wheels.

Factors that Affects the Metabolic Rate of Alcohol

Not everyone’s metabolism works in the same way. Some people’s metabolisms are significantly slower, while some people have a fast metabolism and can drink quite a lot without feeling dizzy or nauseous. Obviously, the more you drink, the longer it takes for your body to metabolize all the alcohol. The alcohol slowly accumulate within the body, while the liver works away at clearing it. With that said, there are some other factors that are also at play here. Factors that affect the metabolic rate of alcohol include:

The liver can metabolize liquor at a constant rate. Once the blood alcohol level rises above 0.055, blood and fatty tissues will begin to absorb the extra liquor. The body then stores the alcohol for a much longer period of time. Those who continue to down the drinks are at risk of developing alcohol poisoning. Alcohol poisoning is quite dangerous, and can lead to serious side effects like seizures, slurred speech and loss of consciousness.

What Is Blood Alcohol Concentration (BAC)?

Blood alcohol content (BAC) measures the amount of pure alcohol that is in your bloodstream. The measurements are displayed as a percentage. For example, if the tests determine that you have a BAC of 0.02, it means that 2% of your blood is alcohol.

BAC is used to determine how sober a person is. Breathalyzers detect BAC. Those with a BAC that’s over 0.08 are considered under the law to be intoxicated. They cannot legally drive. This doesn’t mean that everyone with a BAC of 0.08 is falling over. Some people can still function with a BAC of 0.08.

0.02 – At this BAC level, most people don’t usually feel any different than when they’re sober.

0.04 – At this BAC level, most people start to feel relaxed. They are not legally intoxicated yet, which means that they can still get behind the wheels of their car. With that said, each person’s intoxication may vary at this stage. It’s important to make a judgment call based on a person’s response and actions.

0.08 – At this BAC level, a person is considered to be at the legal level of intoxication. Those who breathe a 0.08 into a breathalyzer will be reprimanded and charged.

0.12 – At this BAC level, most people usually begin to feel sick. They may start to feel nauseous or dizzy. Some people may even vomit at this BAC level.

0.30 – 0.40 -At this BAC level, a person is considered to be quite drunk. They are likely to either experience a loss of consciousness or blackout. A BAC at this level may cause damage to the body.

0.45 – BAC levels this high are usually fatal. Most people will experience alcohol poisoning at this level. They will require immediate medical attention.

The Metabolic Pathway for Alcohol 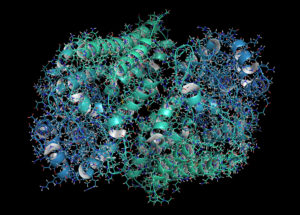 Alcohol is easily metabolized by the body. Blood vessels in the stomach absorbs 20% of the liquor. This pathway is also known as the first-pass metabolism pathway (FPM pathway). Blood vessels in the small intestine then absorb the rest of the alcohol, or the remaining 80%. The rate of absorption with these pathways varies. If there’s good in the stomach, the food will absorb some of the alcohol. This disrupts a part of the absorption process, and it takes the liquor longer to enter the bloodstream.

Once the liquor enters the bloodstream, it gets carried to the liver. Enzymes at the liver will break down the alcohol even further. After the alcohol has been metabolized, its metabolites will leave the body through other means. In most cases, it will leave through bodily fluids, like sweat, urine and saliva.

Some of the alcohol in the bloodstream will enter the brain. Fortunately, the brain also synthesizes enzymes that break down alcohol. Alcohol molecules attach to receptors in the brain to create a depressive effect on the body. It interrupts and interferes with numerous neurological pathways.

Enzymes that Break Down Alcohol

The Primary Enzyme in the Liver: Alcohol Dehydrogenase

The first metabolic pathway that alcohol encounters is through the liver. Alcohol dehydrogenase binds with alcohol to break it down into a substance known as acetaldehyde. Acetaldehyde is a very reactive substance that’s responsible for the toxic effects of alcohol. It’s responsible for alcoholism and alcohol use disorders (AUDs). After it’s broken down, acetaldehyde will begin to attack the liver. This is also why many alcoholics suffer from liver disease.

The Main Enzyme in the Brain: Cytochrome P450

The enzyme, cytochrome P450, is found in the brain. It’s another important enzyme that removes alcohol from the body. This metabolic pathway is usually only activated when an excessive amount of alcohol is consumed. Although it can break down alcohol, this enzyme produces some pretty toxic byproducts, like superoxide anions and hydroxyethyl molecules. These byproducts can damage tissues in the body. 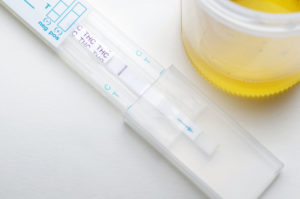 Although alcohol is usually cleared from the body within a day, its metabolites will linger around in the body for a much longer period of time. Alcohol tests look for these metabolites instead of the parent compound. This is why many of these tests detect alcohol for days, if not weeks, after the alcohol was consumed. There are several different types of alcohol tests available. They include a urine test, a breath test, a saliva test, a blood test and a hair test.

Urine tests are also known as EtG tests. EtG stands for ethyl glucuronide, which is a byproduct produced by the breakdown of ethanol. In most cases, these tests can detect alcohol for up to 12 to 48 hours after one’s last drink. However, it can detect alcohol for up to 80 hours if the person being tested is a heavy drinker. Urine tests are non-invasive and easy to use. This is why they are some of the most popular alcohol tests around.

Hair tests can detect alcohol for up to 90 days. The most recent 1.5 inches of growth is taken for testing. Each 0.5 inches represent 30 days.

Be a Responsible Drinker

Pace yourself when drinking. It’s important that you watch the amount that you drink and consider how long it will take your body to metabolize all of the drinks. If you drink an excessive amount, the metabolites produced by the breakdown of alcohol may damage your body. This leads to conditions and illnesses like  Wernicke-Korsakoff Syndrome.

If you suspect that you have a drinking problem, contact one of our addiction specialists. We’d be happy to give you an assessment over the phone or in-person. If you do indeed show signs of an addiction, we’d be happy to point you towards useful addiction treatment resources.