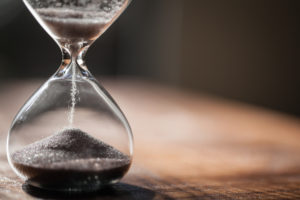 Have you ever wondered, ‘how long does meth stay in my system’? If you have, then take a look at this comprehensive guide. We’ll break down how meth is broken down in your body. We’ll also take a look at the metabolites that are involved. After reading this article, you should get a good idea of how long meth will stay in your system for.

Meth, short for crystal meth, is actually quite a rampant drug in America, although it may not be abused as often as opioids. According to the Controlled Substance Act, it’s one of many Schedule II Controlled Substances. This means that it is highly addictive. It’s easy for drug abusers to develop dependence on this illicit drug. Once consumed, this drug attaches to receptors in the central nervous system (CNS) and wreak havoc. It also creates intense feelings of euphoria that causes users to feel better about themselves.

The Half-Life of Meth

The approximate half-life of methamphetamine is about 10 hours. This is the amount of time that it takes the body to remove about half of the amount of meth consumed. With that said, the major effects of meth usually last for about 8 hours. However, the aftereffects of this illicit substance will usually last as long as 12 hours.

Crystal meth abuse can involve both smoking, injecting, ingesting or snorting the drug. Those who inject or smoke meth will enjoy a short and intense high. The drug easily enters the bloodstream and goes to the brain, where it begins to attach to receptors to create a euphoric effect. On the other hand, those who inject or snort meth will get a longer high that lasts about half a day. It takes time for the meth to be metabolized and absorbed. It also takes time for the meth to travel to the brain.

Factors that Influence How Quickly Meth Is Broken Down

A half-life of 10 hours only applies to a healthy body. This is the standard time it takes to break down this addictive substance; however, the actual metabolic rate in each person will differ. There are many factors in the body that can influence how quickly meth is broken down. Some of these factors include:

Depending on these factors, the meth may remain in some people’s system for a much longer period of time. There’s really no telling how much of the meth is broken down until doctors perform a drug test. When weaning off of the drug, doctors at the rehab center will continuously monitor each patient’s progress. They will also monitor each patient’s vital to confirm that they’re on the right track.

Blood tests tend to be the most accurate because crystal meth can enter the bloodstream right away and reach the brain. Blood tests will usually show a positive result as long as the meth was taken only 72 hours after the last dose.

Urine tests, on the other hand, can detect meth for an even longer period of time. These tests are not invasive at all, and they are easy to perform. Meth use will show in the first 4 to 6 hours and is detectable up to 4 to 6 days. Urinal drug tests are incredibly popular because they are non-invasive, effective and cheap. They’re easy to get and easy to find. Some people even purchase these drug tests for loved ones.

For the most insight on the length of the drug abuse, try hair testing. A 1.5 inch sample is taken from as close to the root as possible. Hair testing will determine not only when meth was used, but also the amount of meth used. It can also test for polydrug use, so it can determine whether the meth was mixed with any other drugs. Mixing meth with other drugs can be incredibly dangerous.

The detection period for various drugs will vary. The length of time that crystal meth is detectable in your system will also depend on many other factors. While there’s a way, there will be some discrepancies in the results.

Signs of an Addiction to Meth

Meth is an incredibly addictive and dangerous drug. Those who try meth several times can easily get hooked. Once dependence and tolerance to the drug has been developed, it’s difficult to wean off of it. In fact, many addicts will stay addicted for years. They’re also likely to relapse. Those who abuse drugs should look out for these signs and symptoms of meth addiction:

If any of these symptoms seem like they may apply to either you or a loved one, it’s time to get help. Your meth addiction is not going to get better on its own. It’s also incredibly difficult to wean off of the drug without any professional help. Most experts would not advise drug abusers to stop using meth on their own, as this can be dangerous. It can lead to serious and severe side effect. Those who are seeking addiction treatment will find various treatment options at recovery centers near them. Look at all of the options available before making a decision.

Rely on Addiction Treatment Programs to Get and Stay Sober 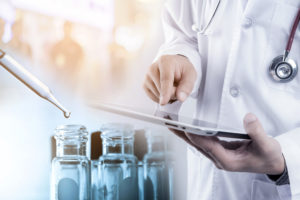 If you’re addicted to meth, it’s never too late to quit. The longer that you abuse meth, the more the drug will damage your body. Meth addicts often have physical scarring from the drug abuse. They may also be susceptible to certain side effects. For example, they may pick at their own skin until they bleed.

New England Recovery and Wellness offers a wide range of rehab programs for drug abusers. Our staff can spot the signs and symptoms of a meth addiction and direct addicts to the right resources. We recognize that meth is a difficult habit to kick. Our treatment plans and programs will keep your mind busy, so you don’t focus on the cravings. Get more information by contacting one of our addiction specialists today.