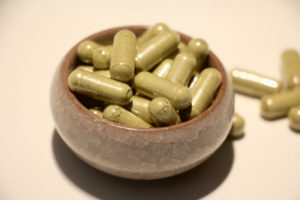 Have you ever wondered, “how long does kratom stay in my system for?” If you have, you’re in luck. This article will focus solely on this herbal drug. Kratom, also known as mitragyna speciosa, has only recently stepped into the spotlight of addiction. Although it has been used in Asian countries for many years, this drug was first introduced to America in late 2004. The psychoactive properties of kratom alkaloid, mitragynine, quickly cost the stretching rise in popularity. Kratom has opiate-like effects on the brain. It can influence one’s mood and cause a euphoric effect. Its diverse alkaloid profile can treat an array of medical conditions and diseases effectively. Kratom can enhance cognitive function, lower blood sugar levels, relieve pain, reduce anxiety and depression and treat insomnia and other sleep conditions.

“Over 50% of frequent users who abused this drug over a period of 6 months developed a dependence on it.”

The drug can be consumed through various ways. Both dried or fresh kratom leaves can be chewed, smoked or used to steep tea. The leaves contain over 40 different psychoactive compounds that cause the pleasing effects experienced. Some kratom users do snort the drug. Those who are taking kratom usually believe that the drug is safe. After all, it’s a herb that many cultures have used for centuries. While this is true, misuse can lead to addiction. Levels of mitragynine will remain in your system for some time after taking the drug. Here’s what you need to know about the elimination half-life of kratom.

The Elimination Half-Life of Kratom

Effects of kratom usually kick in with 10 to 15 minutes and can last for up to 2 hours. With higher doses of kratom, the effects can last up to 8 hours. In these situations, the effects of the drug will peak within 1.5 to 2.5 hours.

Many kratom users wonder how long the drug may stay in their body for. They may be considered that this opioid-like drug may show up on drug tests. There aren’t any specialized kratom drug tests on the market as of this moment. As a result, it’s difficult to test for kratom. Many drug tests don’t even test for this drug; however, they may detect the metabolites and flag them as another drug. With that said, others are worried about whether long-term use will lead to withdrawal symptoms.

So, how long exactly does kratom stay in your system for?

There are also other alkaloids to worry about. The fastest half-life of alkaloids found in kratom is around 7 hours. Using this timeline, it would take 1.6 days for kratom to be fully eliminated. The longer-lasting alkaloids can take days to remove. There are different types of kratom drug on the market. Each strain of kratom offers a different effect. The different types have different elimination half-lives. Some elimination half-lives of kratoms involve just a few hours, whereas others span several days. They can remain in your system for quite awhile without leaving.

Factors that Affect the Metabolic Rate of Kratom

Much like with any other drug, the metabolic rate depends on kratom absorption. Many factors influence how long kratom will stay in the body for. Some of these factors include:

Various factors come into play. Not everyone will metabolize kratom in the same way. Some people will simply store the active ingredients of the herbal supplement for a longer time in their body. Others may find that kratom is cleared from their system within a relatively short period of time. 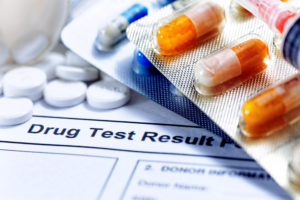 One of the main reasons why drug abusers use kratom is because it doesn’t show up on many drug tests. Standard drug tests, like the SAMHSA-5, do not test for kratom alkaloids at all.  Many employers also won’t test for kratom. It’s simply not a common drug, or a drug that many people know about. With that said, a 10-panel drug test may be able to. Here’s a look at the detection window of various kratom drug tests.

Trace amounts of kratom are detectable in urine tests for over a week. This type of testing is non-invasive, and also inexpensive. It’s the most popular way for testing for kratom. Blood tests can also show concentration levels of mitragynine. The metabolite could show up for several days after the last use.

Both hair tests and saliva tests usually don’t apply to kratom. This is because kratom doesn’t usually show up on hair samples. In addition, saliva tests don’t offer reliable results.

Clear Kratom from Your System

Kratom is one of the many illicit drugs making its round in America right now. The opioid-like charms of the drug and the pleasing kratom effects suck in many Americans. If you or someone you know has been abusing this drug, it’s important to remember that misuse can lead to dependence and addiction. Kratom is an effective drug, which means that it can also lead to some unwanted side effects. It’s best to stop while you’re ahead.

There are plenty of ways to clear kratom from your system. If you’re interested in seeking addiction treatment for this drug, speak with one of our addiction specialists right away. Although kratom is still a fairly new drug, our team is already quite familiar with it. We can provide you with the information and resources you need to make an informed decision. There are plenty of treatment options available. Take a look at what’s available right now and learn more about the most recent research by giving us a call.