The legalization of recreational marijuana use has done quite well for certain states. For example, Nevada, generated more than $3.5 million in tax revenues from the first month of legalization. It’s projected to generate approximately $120 million over the course of the next two years. When Alaska legalized recreational marijuana dispensaries, the move attracted more than 2 million tourists. This generated $2 billion for the state. These numbers have caused many states to rethink their position on marijuana legalization.

Alaska legalized marijuana in 2015. It was one of the first states to do so. To have or use marijuana recreationally, you must be 21 years old. It is illegal to give marijuana to a minor. While personal use is allowed, it is illegal to smoke or consume pot in public areas and on federal land. This means that you can’t smoke or consume pot at playgroups, parks, businesses, national parks and more. The only place where you can use marijuana recreationally is on private property; however, some homeowner associations may have policies in place that prohibit marijuana use.

In addition to consuming weed, anyone over the age of 21 can also possess, grow and give away as many as six marijuana plants at a time. Only three of these plants can be mature and flowering at any one time.

The Golden State legalized recreational marijuana in 2018. While the state has set up some rules and regulations for marijuana use, individual cities can still work out specific details. Local officials may have different requirements for dispensary licenses. Everything is still in its preliminary stages, so more restrictions and limitations may arise in the future.

The minimum age of sale in Colorida is also 21. Personal possession limits up to 1 ounce of cannabis. Weed can only be purchased and sold at licensed retail stores. Marijuana can only be consumed on private property. With that said, some property owners and homeowners association may prohibit marijuana use. Also, some hotels have banned marijuana use as well, although some other hotels have welcomed it.

Much like in many other states that allow recreational cannabis use, Colorado residence can grow up to 12 plants at a time. Local laws may specify different requirements and regulations for home growth. For example, Denver limits a home grow to 12 plants regardless of the number of adults over the age of 21 that may be living there. These laws are a bit different for medical marijuana users. They follow a different set of medical marijuana laws. Those who are growing marijuana plants must keep the plants in an enclosed, locked area. In short, residents cannot grow plants outside. Minors must not be able to access the space. Also, it is illegal to sell homegrown cannabis or cannabis products.

The legal age for consuming marijuana is 21 in Maine. Residents of this state can carry as much as 2.5 ounces of cannabis on them at a time. Marijuana can only be smoked on private property; it cannot be smoked publicly, like at parks or at museums.

Although recreational marijuana use is legal, residents cannot buy or sell marijuana yet. They can, however, grow up to 6 flowering plants, 12 immature plants and unlimited seedlings on their own property.

Some of the details involved in recreational marijuana use are still in discussion. State elected officials are still working on the details of limitations and regulations. The state would like to give local officials power to ban the dispensaries in their municipalities or counties, if they’d like. This would take away the need for a public vote. In addition, the state would like to work out the details involving marijuana tax.

Marijuana has been legal in Nevada for some time now. Residents of Nevada who are over the age of 21 are also legally allowed to use marijuana recreationally. With that said, anyone with a medical marijuana card over the age of 18 can also purchase marijuana at a dispensary. It doesn’t matter if the card was issued from another state. Residents can have up to 1 ounce on their person at all times, and are allowed to buy and sell cannabis products. Unfortunately, much like with other states, marijuana can only be consumed on private property. With that said, some hotels do allow it.

While it is possible to grow marijuana at home in Nevada, the restrictions state that home-growing cannot happen within 25 miles of any dispensary.

Nevada has specific purchasing limits. Recreational users can only purchase up to one ounce of cannabis flower or up to 1/8 of an ounce of concentrate at a time. All purchases come with a 15% excise tax. Those who have a medical marijuana card can purchase up to 2.5 ounces within a two-week period. This includes anything from flowers to edibles to concentrates to topicals. Patients can shop at multiple dispensaries; however, purchases are tracked in real-time throughout the entire state to prevent patients from purchasing more than the legal limit.

Anyone over the age of 21 can consume marijuana recreationally in Oregon. Residents can have up to 1 ounce on their person at all times. Personal possessions are also limited to 8 ounces of usable marijuana in one’s home, 16 ounces of a cannabinoid product in solid form, 72 ounces of a cannabinoid product in liquid form and 5 grams of cannabidiol (CBD) extracts or concentrated. Usable marijuana refers to any dried marijuana flowers or leaves that are ready to smoke. With that said, synthetic marijuana is not legal.

Residents can grow marijuana. They can plant up to 4 marijuana plants and 10 marijuana seeds. This limit is per residence. Just because there are 3 adults in a house, it doesn’t mean that the limit changes.

The rules for Washington, D.C. are similar to ones in other states. Anyone over the age of 21 can use marijuana recreationally. It is legal to have as much as 2 ounces of marijuana on one’s person. Consume cannabis on private property only. It cannot happen publicly or on federal land. You can’t smoke outside.

With that said, you can grow marijuana at home. However, you can’t buy or sell it. Residents can grow up to 6 plants in their own home. Only 3 plants can be mature at a time.

Just because recreational marijuana use is legal in Washington, D.C., it doesn’t mean that there aren’t any rules or regulations in place. A person can still be arrested and it is still a criminal violation if a person:

Those who violate these laws will face criminal penalties. Marijuana enforcement by law enforcement officers can be quite strict.

Residents over the age of 21 can use marijuana recreationally. Residents can purchase up to 1 ounce of marijuana at a dispensary and possess up to 6 ounces of the product on their person. Smoke or consume marijuana and its products on private property only.

Washington State is one of the only states that do not allow residents to grow their own marijuana. Only medical marijuana users can do this. Medical marijuana patients can grow cannabis at their own home to treat their conditions and diseases.

Use Cannabis Moderately to Prevent Dependence 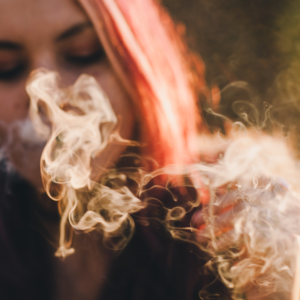 Recreational marijuana law allows for residents to use marijuana in the comfort of their own home. There are still many restrictions. Recreational marijuana use can treat anxiety and stress. While only 9 states allow for the recreational use of marijuana, many more permit the medical use of this drug. There are plenty of medical cannabis programs out there for those struggling with disorders like Parkinson’s Disease, amyotrophic lateral sclerosis and seizure disorders. While marijuana remains illegal in the remaining states, many other states are considering allowing the legalization of marijuana for medical purposes.

While marijuana use offers many benefits, you can expect there to be some side effects. Long-term use can lead to dependence in some people. Those who have decided to use marijuana should take this into consideration. Moderation is key. Those who think that they have become too dependent on cannabis may want to consider speaking with one of our addiction specialists.