The drinking culture in our country has changed throughout the last decade. Drinking during parties to become drunk has become appealing to children at younger ages than before. People drink for many different reasons and not everyone who enjoys a drink here and there is an alcoholic. It is, however, a concerning idea to think about children drinking alcohol as they grow and develop into their adult selves. This article will analyze the relationship between kids and alcohol and some possible reasons why it can reach a toxic level.

The biggest influence on children nowadays is social media. Twitter, Facebook, Instagram, Snapchat and even VSCO Cam are taking over the screen time of children who used to love to watch TV shows and play outside. Substance abuse is displayed in a glorified way, showing people having fun drinking. You may want to warn your kids about alcohol, but there are other platforms that glorify it.

The amount of alcohol that is advertised and displayed on social media is endless. There are ads down the sides of the computer screen and in between posts on Facebook. There are videos of people downing shots on the Instagram popular page. Twitter is filled with tons of internet jokes about drinking the pain away and partying with friends. There are even songs where artists will brag about the amount of alcohol they have consumed. 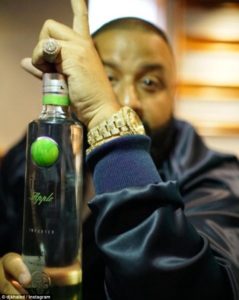 There is so much exposure that children have to drink alcohol by merely having a social media account. This can be a huge accessory to developing alcohol abuse problems because social media makes binge drinking seem fun for people who aren’t ready or old enough to drink.

You’re probably asking yourself what you can do because the last thing you wanna do is take away social media from your children. That’s their lifeline. They love it and it’s their way to communicate with their friends and in some cases, have a sense of belonging. We get that.

Talking to your kids about alcohol is the best way to ensure that they don’t fall into peer pressure from social media. Alcohol abuse can start at an early age if people aren’t educated. Let them know that they aren’t ready to be drinking alcohol until they are of age and feeling mentally healthy. Let them know the warning signs of mental health illness so they can come to you for help rather than turning to alcohol or other drugs.

Perhaps you or a loved one is a parent and enjoys an alcoholic drink here and there. Perhaps it’s even a habit to drink alcohol but you do not feel like you’re self-medicating or forming an addiction. Remember that if your child lives with you or spends time with you a lot, they’re going to be like a sponge. They will soak up your behavior. This is usually what makes children drink alcohol. They know that you turn to it, so they will too.

That being said, if you have a substance abuse habit and your child is watching you drink, they’re simply going to be more inclined to participate in underage drinking. Your drinking habits can possibly become their drinking habits, so be mindful of how you’re taking care of your mental health.

Parents and guardians of children should be extra careful to avoid being a poor example of behavior. If you feel that you are developing alcohol dependence and cannot handle sobriety with your child, look into going to a recovery center. People drink all the time but it can become unhealthy if the motive behind the drinking is to solve problems. While this can be a reality check, it’s a necessary reality check because the bottom line is that your child’s health is at risk if you’re not giving them a healthy example. A huge misconception people have of alcohol abuse is that it doesn’t count when it comes to kids who just like to have fun. Peer pressure kicks in during a child’s teenage years and they seem to binge drink more and more as they reach their 20’s. Many people claim that that is okay, that underage drinking is not a problem until it continuously persists out of college.

This is false. Drinking can be fun during parties, we know that because we have all been young before. However, consistently drinking to become drunk or forget about emotional pain is not casual. That is substance abuse and it quickly turns into addiction to alcohol or other drugs. Bear that in mind if you or a loved one seems to be drinking too much but calling it casual. Alcohol abuse and alcoholism are still possible in children. Being in college or in the teenage years does not exclude anyone from needing more serious help.

What To Look For

If you’re concerned for a loved one who is younger and has been drinking heavily, here is what you can look for to assess the severity of the situation. The first thing to look for is any sign of emotional stress in your loved one when they are around you. This stress could lead to drinking if not handled properly. Warning signs of emotional stress include irritability, oversleeping, weight loss, crying and maybe even lashing out on you or another loved one. The second thing to look for is any changes in social behavior. If your loved one or child is suddenly spending time with a new group of friends and coming home later at night, stay up and see how they are when they come back. A lot of alcohol abuse and alcoholism beings with simple peer pressure. Parents and guardians of children have the responsibility of looking for changes in behavior. Being attentive will allow you to make sure your child doesn’t fall into peer pressure to the point of alcohol dependence. It will also establish trust between you and your child because it’s a clear indication that you care about their well being.

Growing up is a completely normal thing, as is being peer pressured. If you’re a parent or guardian of someone who is just trying out their first few beers and you’re scared, it’s okay. You’re not alone. It’s completely normal to have worries about the path your child will take when it comes to alcohol or other drugs. No one wants their child falling into a habit of substance abuse.

Take it from us, we’ve seen people hit rock bottom and come back strong from addiction to live years of happy and meaningful sobriety. It is possible to try something and not become addicted to it, but alcoholism can happen. We know that it’s a scary prospect, but you cannot rule out your loved ones from having addiction happen to them. With the right kind of support and stern parenting, your child will be just fine. This article is just a way to provide you with some reasoning as to how things could go wrong.