Kratom, the new drug that comes from the Asian Mitragyna speciosa tree, is highly addictive. Some people can use it casually and not feel the need to continue often. Some people have addictive genes and cannot simply use it once. The Food and Drug Administration has recalled kratom products for one reason and that was due to salmonella, not for its addictive properties.

Many online websites talk about how kratom is safe “in moderation,” and, therefore, it has not been banned by the Food and Drug Administration.  The key word in that sentence is moderation. When someone has an addictive personality, they don’t always know how to use things in moderation. So, how on earth is kratom legal when we take into consideration the millions of people who have been affected by addiction? Let’s explore the legality status of this new found craze. 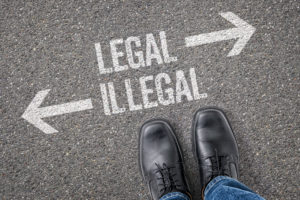 As mentioned, some people simply do not get addicted to Kratom. It is legal under federal law because it is not potent in small doses. In fact, it actually has health benefits when it’s used in low doses every so often. According to Organic Facts, Kratom has been known to boost metabolism, increase sexual energy, improve the immune system and ease anxiety.

Kratom is an all-natural supplement, so the one up it has on other drugs is that it’s not laced with a bunch of dangerous synthetic ingredients. It’s rich in analgesic properties, meaning it can act on our Endocrine system to relieve pain and stress. Many people drink Kratom tea after a long day of work. Many people try it for their first time while traveling to Southeast Asia. 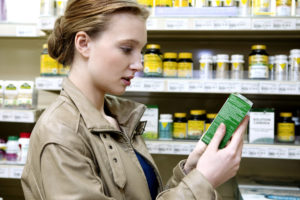 Each strain of Kratom comes with a different effect. Green Malay Kratom comes with a boost of energy and euphoria. White Borneo Kratom is said to be like coffee, making users more alert and focused. If Kratom affects the mental functioning of a person and makes them more focused, this could be seen as a good thing.

Simply put, Kratom tea and other Kratom products can be harmless if used every so often.  For this reason, it’s easy to understand why it’s not seen by some as a threat to the public. The shift in perspective comes from the fact that it has been used in other countries as a substitute for Opium.

The Drug Enforcement Administration Sees It

The Drug Enforcement Administration (DEA) sees otherwise when it comes to the casual use of Kratom products. Kratom affects the brain as an Opioid would, so it makes sense that its legal status would come into question. In 2016, the DEA released a statement that highlighted the danger of the opioid properties that are found in every strain of kratom.

This was over two years ago. In 2018, you can still buy kratom online. You can buy kratom tea at Kava bars around the world and you can even buy it at the gas station. It’s still legal. It’s abused for its ability to relax the body and the DEA points out that it’s marketed as a legally controlled substance. It’s hiding in plain sight that Kratom affects a person the same way a controlled substance would, yet it’s still out there for the world to use. 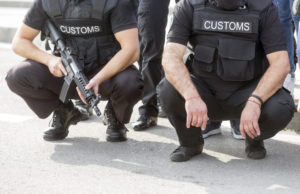 Despite the efforts of the Federal Government to ban kratom products, there has not been enough evidence that it is an imminent threat to the public health of the United States. Even though some have called Kratom a gateway drug to more Opioids, there hasn’t been enough research on it to label it as an illicit drug. The Drug Enforcement Administration and the Food and Drug Administration watch for its misuse, but as far as banning Kratom goes, more research will need to be done.

Who Has Banned Kratom

As of late, parts of Alabama, Arkansas, California, Florida, Illinois, Indiana, New Hampshire, Tennessee, and Wisconsin have banned Kratom. Out of those places, only two of them have banned Kratom throughout the whole state. Other than that, the entire country is open to buying kratom powder online and in stores. Unfortunately, until there is more evidence on how dangerous it is, the drug does not pose a large enough threat to become illegal. We will have to wait.

If you have experienced the negative effects of Kratom tea, Kratom capsules or other Kratom products in the US, do not hesitate to contact the DEA. All experiences can help the research attempts of the Federal Government. In the addiction world, anything that creates euphoric feelings or acts as an opioid is seen as something that can be an illicit drug. Herbal supplements are not supposed to feel like a gateway drug.  While it is still legal, it won’t be this way for long.