We know that withdrawal can change the way a person acts. The signs and symptoms of withdrawal are usually the opposite of what the drug does, as the body is overreacting to the absence of its favorite substance. What some people fail to recognize is that the signs and symptoms vary from drug to drug. People also overlook the health risks of withdrawal because they understand the use of a drug to be a bad thing. But, when the body is dependent on something, it can be very dangerous to quit it cold turkey.

The symptoms timeline should be monitored by people who know how to help an addict wean off of a drug without hurting their physical health. The best place to go for this tough withdrawal is inpatient treatment. In this blog, we will be talking about the withdrawal symptoms of someone who is taking kratom. 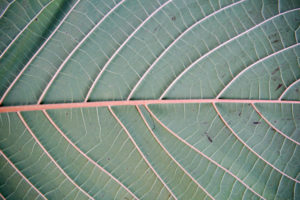 Before we talk about withdrawal, we need to explore the symptoms of Kratom abuse. Kratom comes from the leaf of a tree in Southeast Asia and is formally called Mitragynia Speciosa. In low doses, energy levels are higher and the effects of Kratom are similar to those of a stimulant. In high doses, Kratom users feel more like Heroin users, lethargic and dreamlike.

Those who are dependent on Kratom might not experience the effects of the drug itself on their body. But, for the first few times, you should be able to see huge changes in their behavior, even when they take low doses. Kratom use typically comes with irritability, nausea and vomiting, itching, combative behavior and overheating. It can also come with extreme fatigue and slowed speech.

Kratom dependencies can result in psychotic behavior if an addict is using it regularly. This can happen during the substance abuse and during the withdrawal. Typically, the addict will experience delusions that come with lots of anxiety. If you notice this behavior in yourself or a loved one, it’s very likely that substance abuse has become an addiction.

Similarities to Other Drug Addictions

As far as symptoms go, kratom withdrawal is similar to opioid withdrawal. There are a lot of health risks involved. Generally, an addict will have flu-like symptoms that for a few days. The duration and severity of the withdrawal symptoms depend on a variety of different things. Age, weight, the method of use and frequency of use will all impact how severe the symptoms will be.

Symptoms timelines vary according to what the exact drug is, but if the drugs are in the same family, they’re usually similar. This can be really hard on the mental health of a person who is watching an addict go through withdrawal because there’s a high chance they have no idea it’s because of drugs. If they do know that the withdrawal symptoms are because of drugs, it’s hard to say which one that could be.

The Specifics to Kratom Withdrawal 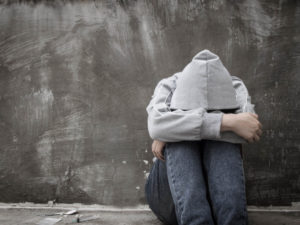 There are some withdrawal symptoms that are more common in kratom because of how the drug works in the body. These are a runny nose, muscle aches, joint pain, hostility and mood swings. Generally, their energy level will be very high and they will be quick to jump on you for small things that are a bother. If you notice these specific behaviors, take note that Kratom abuse could have been happening.

Additionally, it is important to watch the behavior of your loved one outside of symptoms. Because Kratom is both cheap and legal, pay attention to where they go when they’re out for a while. Kratom can be purchased at gas stations and usually lasts in the system for 1-3 hours. If you notice that your loved one is leaving for longer than that time or asking for small amounts of money every once in a while, this could be kratom addiction.

If you’ve put the pieces together that the strange behavior of your loved one is kratom withdrawal, the next thing to think about is treatment options. There are many ways to recover from kratom addiction. Inpatient rehab might not be necessary. But, there are great options for varying levels of kratom use if general rehab is necessary.

The steps that a treatment center will take include medical detox, behavioral therapy and some kind of activity. Kratom addiction treatment follows the guidelines of addiction treatment for opioids so it will be centered heavily on mental health and behavioral practices. An opiate addict has had their chemicals extremely altered to attach to kratom, and a good rehab program will medically help reverse that.

There is a treatment option called Dual Diagnosis that focuses on the relationship between mental health and addiction, which could be an ideal option for a loved one going through Kratom addiction. If there’s any reason to believe that mental illness or trauma has caused the emotional and physical dependence on Kratom, it could be good to take the Dual Diagnosis perspective.

There are also recovery programs that take a Holistic viewpoint if you think your loved one needs an entire cleanse of lifestyle choices that focus on building new habits. Kratom use is unique because there are many people who think the drug itself can be part of a Holistic way of life. Speciosa dependence should not be considered a healthy part of life, as it can be detrimental to the health. Holistic rehab could be a good way to rid your loved one of the idea that Kratom is in some way good for them.

What You Can Do

An intervention with your loved one might be uncomfortable. However, it’s necessary though to figure out how long Kratom has been a part of their life. This would also be a good time to bring up how you have noticed the symptoms and effects of specifically Kratom abuse. There are ways to deal with the symptoms of drug withdrawal that don’t involve rehab. While you might want them to go, allow them some time to consider their needs. When an addict wants to help himself or herself, it is more likely that his or her rehab program will be successful. 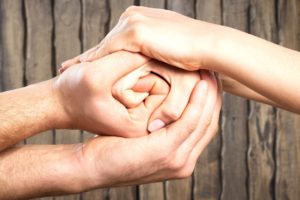 If going to drug rehab becomes a treatment option, let them know that there are so many treatment programs. There will be one out there that helps them understand what went wrong and how they can improve their mental health. Going to a treatment center before substance abuse turns into drug addiction is not unheard of. Addiction signs don’t have to be there. Since Kratom is such an addictive drug and produces similar effects to heroin, it’s not a bad idea to consider rehab even if they don’t feel physically dependent.